Many of you saw that I had a really hard time blogging about friendship yesterday. It got a bit messy and emotional, as will happen when thinking about one’s friends. Past, present, good and bad. (and yes, there are some not so good friends out there) Today I have conquered those emotions and have taken a different direction, still saying what I wanted to say. I think.

I remember in grade school, at dear old Parson’s Elementary, that I had a hard time with which came first. The ‘i’ or the ‘e’. I still have a hard time with that one and fall back on the “I before E except after C” rule when spelling something. It’s one of the very few ‘rules’ in English that somewhat makes sense to me. But that is another blog. A kind, yet oddly smelling, teacher leaned over my desk one day and asked me why I was so frustrated in my spelling lesson. I told her I couldn’t figure out the “i” and “e” thing in the word friend. She told me that the spelling is much like the person, a true friend is there till the ‘end’. “Friends to the end” she said. I’ve remembered that for these some 20 years. (okay, who am I kidding? these some 30 years)

Dictionary.com defines the word friend as: “A person whom one knows, likes, and trusts.” and Webster’s Dictionary says a friend is: “the scarcest thing on earth. A rare visitor, but he can come around a few times in a lifetime.”

In my opinion one of the most key components to a true friendship is the shoulder. As defined in the dictionary in it’s verb form, shoulder means: “to carry or place, to take on or assume.” So, a friend’s shoulder is there to cry on, to lean on, to bear another’s burden, to lift, and to support. Maybe even to push on every now and again in the fits of laughter or to point in the right direction. If you think about it for even a tiny bit more you can think of other uses for the shoulder in a friendship. If our shoulders were not strong how would we be able to carry all of those shopping bags we acquire while we are out with our freinds spending quality time together? And what area is extremely important in lifting the spoon from a banana split or piece of rich cheesecake than the shoulder? We can also tend each other’s children by holding a crying baby or pushing a toddler on their bike, freeing our friend some time to spend with their spouse or just to rejuvenate.

What do you consider ‘friend’ traits? Are *you* a good friend? Would you be friends with yourself?

I’ve learned that I have many acquaintances and few friends. But, after a long internal battle, I’m okay with that. The ones who have gotten to know me and love me anyway, who let me cry then tell me to get back in the game, the ones who can go to my cupboards and get themselves a drink, the ones who make me feel beautiful without make up, the ones who stick by me when they could easily turn their backs, the ones who are sarcastic with me and whom I don’t feel like I have to be something I’m not; those are rare, and I am ever so grateful to have them. Both near and far, ones that I have gone many places with, and those I have yet to meet. I am very lucky to have you.

Take care of those shoulders friends, you never know when they may be needed! 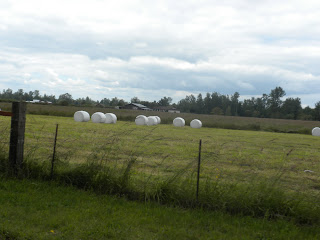 Lookie, lookie, what I found! 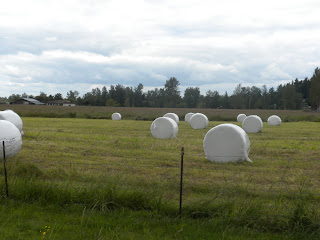 Marshmallows DO grow in fields. Right here in Western Washington. Who knew? 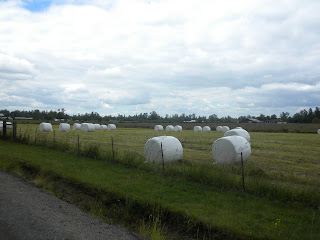 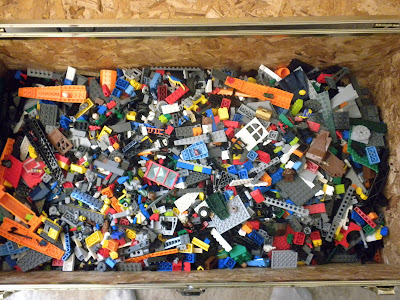 Today’s chore for me ended up being Blogtastic. The dreaded unfinished, uninsulated, unorganized playroom. We have some very important people coming to our house on Sunday and I would like them to see that we can sometimes not live like pigs in a pen. I know they’ll love me no matter what my house looks like, but still, I’d prefer my home to be on it’s best behavior.

I wish I had thought to take a ‘before’ picture and an ‘after’ picture so you could see exactly what a workout this chore was. I swear, I should have lost at least 3 pounds with all the bending and lifting and throwing I did. Alas, that was not the case. Bummer. However, I did get to have a little fun with a trunk full of Legos. No, I did not build fabulous buildings, I took them from 2 small buckets and one *HUGE* bucket and combined them into a cedar trunk. Let me tell you what a fight it was, as I was separating millions (and NO, this is not an exageration!) of tiny pieces, to *NOT* put each color Lego into it’s own container. No kidding . . .I was shaking by the time I was half way through the project! It took all the self control I could muster to keep them all together in one place. Because, face it, if I had separated them by color then I most likely would have wanted to separate them by size or shape, and that would just prove how mad I am. Where would it stop? Which is more important to the Lego builder anyway? Size? Color? Fact of the matter is: Legos drive me crazy. They hurt when I step on them. They are a choking hazard. They end up in ridicuous places. And, by darn it, there are too many flippin’ ways to organize them. And it’s not like the kids care about any of these factors. They just want to play and be creative. Use their imaginations for hours on end, the one thing I do love about these toys. And when they are done, they just want to throw them willy-nilly into a container and be done.

So, I was very proud of myself when I had the trunk full of random shapes and sizes and colors of Legos. Now my brilliantly imaginative children can put them away quickly and easily.

Not that they will.

After I was done with the project I looked down at my success with a sense of pride and had to smile a little. But as I stood there something else flew into my head, hey wait! There are body parts and other things that could be separated out too . . .but I didn’t. Instead I played a little game. I Spy. I know, a little crazy for a mom of 5 to be standing over a trunk of Legos playing a solitaire game of I Spy, still in her pajams no less at 2:00 in the afternoon. Don’t judge me. Instead, be crazy with me and play along;

I Spy: 2 fruit loops. (really? how long have they been in there? gross!) 1 treasure chest, with gold in it even, 1 best friend to a pirate, 1 can of fuel, the weapon of an axe murderer, 2 doors, Oh! That’s where the button is! No I can stop playing “Button, Button, Whose got the button?”, a headless Chewbaca, a bodiless Spiderman, and more body parts than I feel comfortable counting.

Did you find it all? 🙂 I feel very accomplished at getting the playroom more viewable. The rest of the house awaits. I wonder what other games I can come up with to entertain myself while I work . . .

(Colleen and Adam, the house may not be at it’s best, but hey, I’m trying) 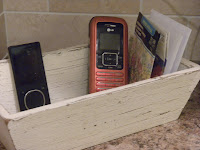 This is what I woke up to this morning. I didn’t think it would bother me, but looking at Colleen’s phone by the charger hit me. It meant that she wasn’t here, and that she wasn’t going to be for a few days. Along with that realization came the reality that Cameron too was gone. Colleen off to Girls Camp with the girls from our church, and Cameron off to new adventures with his friends at Scout Camp. 5 days without teenagers. 5 days without the non-stop, “Mom, what if . . . .what would you do?” or “Mom, would you rather . . . . or . . . .? Why?” (Those conversations give me a headache.) 5 days without teenagers. 5 days without babysitters. 5 days of not having Cameron clean the kitchen and Colleen do the laundry. 5 days without teenagers. Do you see me trying to figure out which way I sway? My brain may work overtime on trying to figure it out. But my heart knows exactly which side of the fence it sits. I miss them. I miss how they don’t fight with each other, how they make each other giggle and smile, how reluctantly they help with the youngers, and how, in their own ways, contribute to our family. I am *not* their friend yet, I am still their parent, but I enjoy their company and how they make me feel when they hang out in the same room I’m in.
Have fun my sweet teens! Relax and enjoy yourselves to the fullest. You deserve it!