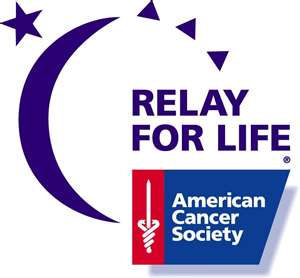 A few years ago I was sitting alone in a doctor’s office waiting for him to return with any news.  It was my birthday and I remember getting anxious because I wanted to get home to go out to lunch with Greg.  It was sunny and I was irritated that I was sitting there.  Then the doctor, a specialist I was referred to by my family practitioner, came into the room with some films, paperwork, and an assistant.  The films were sent over by the hospital I had visited a couple of weeks earlier.  That was a long process that I was glad to have out of the way.  I wasn’t overly nervous because I felt like I was just covering all of my bases, get it all checked out and move on.  Nothing to be scared of.  Then he asked, “Mrs. Deputy, is there someone here with you?”  No.  No there wasn’t.  He continued, “Mumble, mumble, blah, blah, you have breast cancer, mumble, mumble, more blah, blah, blah . . . more tests in 3 months . . .jibberish, blah, blah . . . talk treatment . . .”  I’m not really sure what exactly he said, but key terms and words stuck in my head.

Funny thing?  I wasn’t scared.  A little shocked, but not scared.

During the 3 months that I waited for my next test I pretty much dealt with the news and what was to come.  I was relieved to be the one to have breast cancer because it would be easier to control.  Face it, if one in four women get it then I’d rather be that one than sit by and watch my daughters/sisters/or mother go through it.  At least I could *do* something.  Watching is so helpless.  Don’t get me wrong.  I cried.  A lot.  I grieved and was angry and begged for grace.  I went through every emotion I think I could go through. I wrote good-bye letters to my kids telling them how awesome they are and what potential I thought they had.  I gave them bits of advice for life and reminded them that each of them were very much wanted in our family and loved immensely.  I wrote a letter to Greg.  Reminding him that he was the love of my life and listed why.  I shared my dreams and hopes for him and the kids.  I told Greg where the letters would be and to not open them unless the worst happened.  We talked to a few close friends about my diagnosis just to get some support, but we didn’t really advertise it.  I still had more tests to go through.

The beginning of July came and it was time to go back for those tests.  Not knowing what I was going to encounter, I had Greg go with me that time.  The specialist decided to start with the lesser invasive tests first, just to start at ground zero and work our way up.  I don’t remember much about this visit, but the final say after having a few more tests was this.  The ‘cancer’ was gone.  The lump that he had thought would need to be taken out surgically was no longer there.  I was told to come in and repeat the process in another 3 months, to continue self exams and go in for a mammogram every six months for 2 years then annually after that.  (I was only 36 at the time so I had a while before mammograms were considered ‘important’)

September came and I did as instructed, go through all the tests again to make sure it wasn’t there anymore.  Nope.  Nada.

Think of my experience as you will.  Misdiagnosis?  Irresponsible doctor giving a diagnosis before getting every test done?  Miracle?  I have felt all of these.  At first I was thankful that I was spared.  That I lived a very short life having breast cancer.  Grateful that I was given another chance.  Guilty because so many other women aren’t as lucky as I was.  Angry that I was told a worst case scenario without having all the information.  Exhausted from all the waiting and emotions.  Confused at where I was and what could happen.  Cautious at thinking that everything was alright.  Am I a survivor or victim of poor medical diagnosis?  I just know that when I see the color pink I tear up.  When I see the gobs of women walking ‘for a cure’ my heart is full.  When people talk about cancer I relive all of those emotions of thinking I had it too.

We all know someone affected with cancer.  One form or another.  I told you my story so that you can put another face to it.  After I was told my news I did a bit of research and learned just how much cancer runs in my family.  Most recently (4 years ago) my grandmother died of ovarian cancer.  I had no idea just how many family members lived, and died from, cancer!  So every cancer foundation touches my heart.  You  never know when someone you love, or you yourself, will hear those words.  “You have cancer.”  Its an ugly disease that doesn’t discriminate.  So lets pull together and work as hard as we can to find a cure.  It’s out there, somewhere, and we need to keep looking for it.

Help me raise some money for Relay For Life.  Visit my site and donate any increment you feel comfortable with.  Any amount helps.  Think about walking with us as well!  All the information is on my site.

(oh,  SELF EXAM!  MAMMOGRAM! and if your gut tells you something is wrong – like mine did- go with it!)